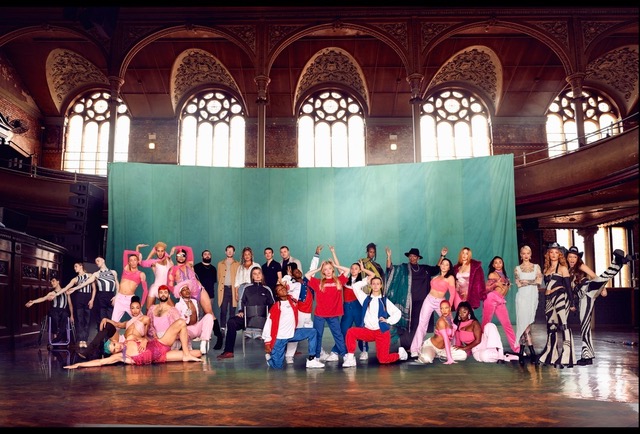 We held a photoshoot with the cast of The One Young World 2022 Opening Ceremony – and it was all Manchester flair stage managed by Eloise and assisted by the production team.

Photographer Madeleine Penfold and videographer and editor Dan Williams took stunning images of our artists in the Albert Hall, an iconic music venue in the city.

Love and self-expression were the order of the day. Commissioned by Private Drama Events and produced by the development team, the video is set to an extract of spoken word poem “Manchester Is Alive” written and performed by Esther Koch.

Esther’s words welcomed the audience of 2000+ young leaders to the Summit. Drawing upon the city’s legacy of pioneering social change, the poem is a call to positive action, as well as a meditation on the power of unity and kindness.